These are the droids you're looking for.

Well, okay maybe calling our children droids is a little too much, but these are the children you're looking for and they're pretty darn cute! Obviously Star Wars is a massive part of both our lives. We frequently converse to each other in Star Wars quotes and coming up with just one thing was really difficult because our lists for things we want to make inspired by the Star Wars universe is as about 12 parsecs long. Choosing a guest for our comeback Sew Geeky (episode 2!) wasn't too difficult because although several of our blogger mama friends are epic Star Wars nuts, Tara of Girl like the Sea was a bit of a no brainer!

It had been a full year since we had first gone live with our Sew Geeky adventure, and because life does that thing where it gets in the way and does things that are pretending to be more important than sewing amazing nerdy clothing for ourselves and our children we had it on a temporary hiatus until May the Fourth of this year (2014)! What else do you do on Star Wars Day than post about Star Wars?!

The three of us ended up stitching some pretty fun things, ranging from the literal to the puntastic to the inspired-by. Want to see(3PO)?

Azriella became the prettiest Imperial Guard ever, you have to click through to see the FULL outfit and not just this epic PVC dress!

Our guest Tara had us in stitches with all the Star Wars puns and as we threw ideas backward and forward we're super pleased she went with the Bow Tie Fighter tee for Vi!

And check out Little Luke and his sister Leia over on Max California. There was such a kerfuffle about which Luke and which Leia but the little dude wanted to be Return of the Jedi Luke Skywalker (robot hands win everytime you guys, jsyk) while Eddie was classic Leia Organa. 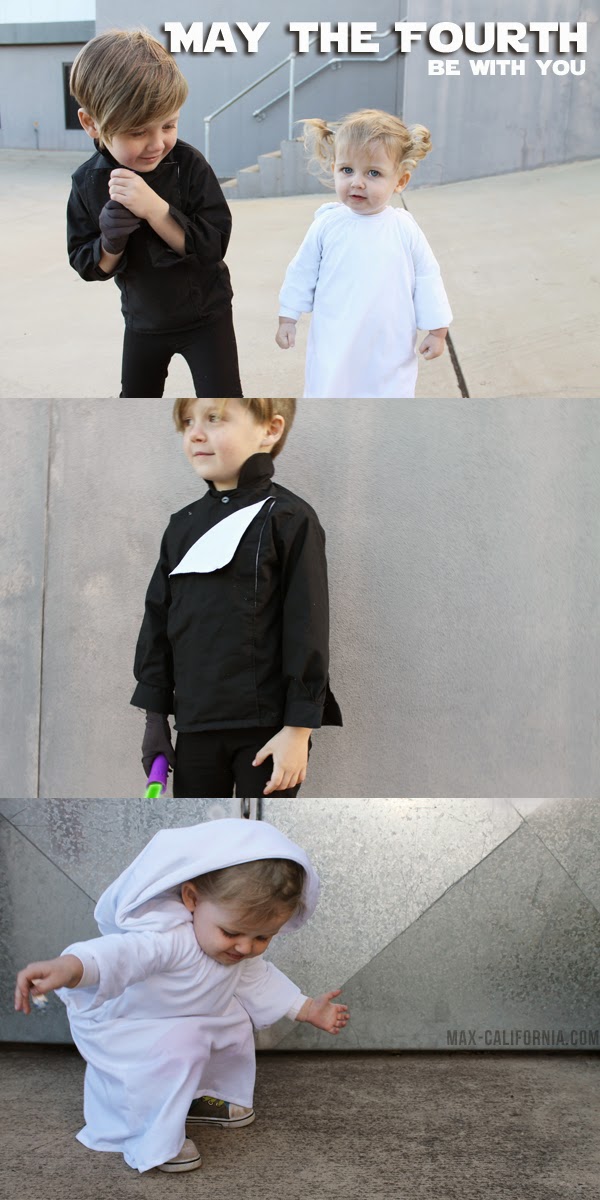 
You can check out more sewing for Star Wars inspiration on our Pinterest board: Sew Geeky - Sew Star Wars!