Want to sew with us, or just want to know what theme we will be sewing for ahead of time? Here's our Sew Geeky Theme Schedule. We'll update this regularly as we finalise our ideas. Is there a theme you like that's not here /yet/? Leave a suggestion in the comments below!

August: Marvel vs DC Comics
this speaks for itself! Choose your favourite hero, or villain!
September: Studio Ghibli
Think Ponyo, My Neighbour Totoro and Spirited Away
October: Geek Spectacular
What are YOU geeky about? Is it something we've already done? Doesn't matter, go WILD
November: Epic Fantasy
We're talking Game of Thrones or Lord of the Rings. If it's fantasy, and it's epic, sew it up!
December: Tim Burton
Put Mr. Burton's iconic strangeness onto your things! Nightmare before Christmas, Alice in Wonderland or even Sweeney Todd!
January: Adult Swim
It's definitely aimed more at us than for the children, but we're so in love with the Regular Show, Adventure Time or the Venture Brothers - we had to make this a theme!


Miss something? Here's our past themes!

2014
May: Star Wars
We celebrated Star Wars day with a Stormtrooper, Luke and Leia an Imperial Guard, then followed it up later that month with a Creatures of Star Wars mini special which included a Raincor (Rancor Raincoat), Wampa playmat and a Bantha hoodie!
June: Tank Girl
Feelin' a little inadequate? Just because we're all 'grown-up' now and are supposed to be responsible mamas it doesn't mean that we don't still have some rebellious attitude still inside! Check out our two Tank Girls as well TG's besties Jet Girl and Sub Girl as we celebrate the iconic badass babe with two guests!
July: Classic Anime!
From Astroboy to Cardcaptor Sakura to Sailor Moon, we covered the basics of the classic anime you fell in love with when you were first introduced to the best of Japanese cartoons! Check out the full post for One Piece, Akira and Pokemon too!

2013
May: 8 Bit Babies
Sonic the Hedgehog, Nyan Cat and Tac Nayn, we payed homage to our favourite 8 bit videogames! 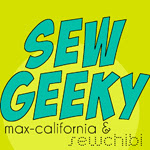 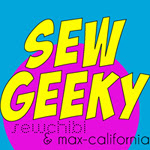